Back in 2014, we collected and condensed our philosophy (and what we knew about failure and success) into a book that packs a punch: The Fuckup Book.

Drawing from our guiding light at the time, the Fuckup Manifesto ; it contained 24 chapters – one for each key stigma of failure addressed in the Manifesto.

For each of these stigmas, we wrote a short reflective piece, commissioned a funky illustration, and crafted a guided activity to help break free from them. That’s 24 chapters, plus 12 failure stories from now “successful” innovators – all designed so that people around the world can experience their own breakthroughs.

And, if you can imagine, back then we also published a limited number of physical copies. Like the mythological unicorn, they’re out there somewhere – and so rare, that even we don’t even have one (lol). So if you see one, consider yourself lucky, and send us a photo on social channels! Instagram, Facebook, Twitter, LinkedIn, or telepathy.

And while the physical copies may be rare af, you’re in luck, because we’re re-launching the digital version of the Fuckup Book for free! We promise it’s just as relevant as it was when it was first released.

Uh, oh… You must have a premium plan to see this content… 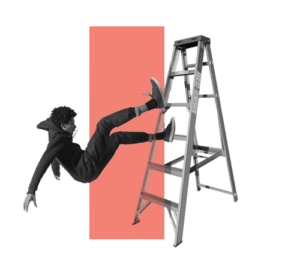 The Failure Institute is a social enterprise that helps people break free from the paradigms that limit their lives through stories rooted in authenticity and vulnerability. Read More >

The Failure Institute © All rights reserved.